Despite living with walking difficulties, John Phillips, 66 from Bromley in Kent, has been able to holiday with complete freedom on Menorca thanks to a new type of folding mobility scooter – a TGA Minimo Plus. 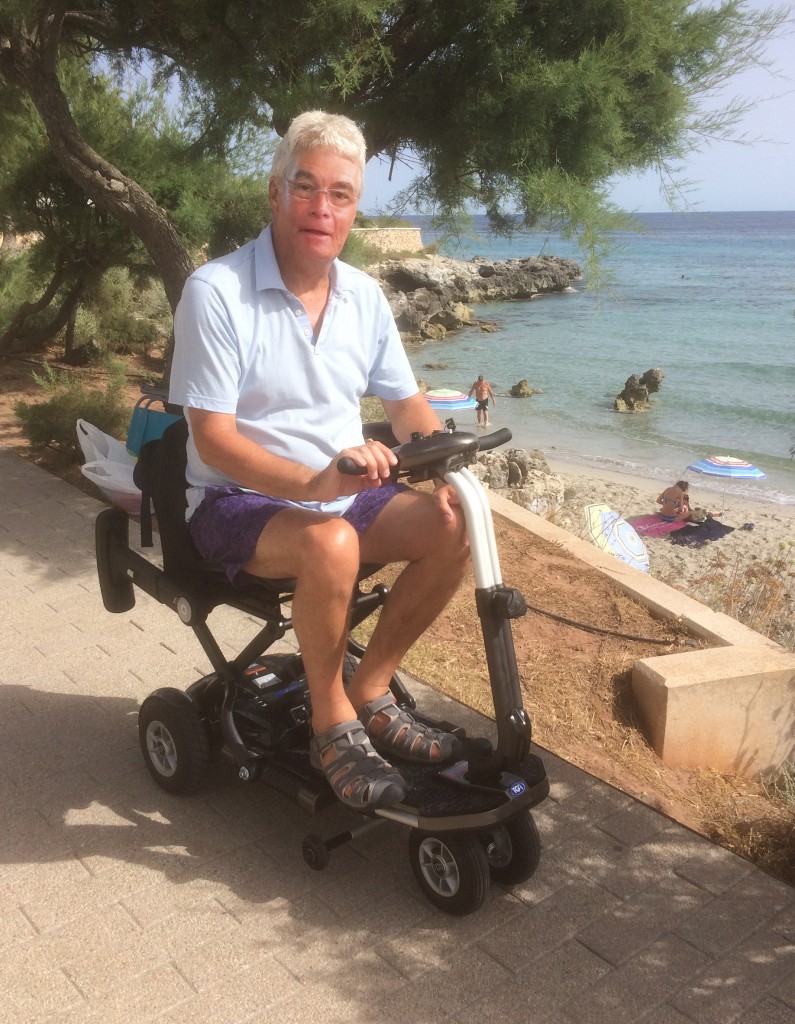 John, a retired Chartered Surveyor from Bromley in Kent, has suffered with Multiple Sclerosis (MS) since 1980. John's condition has deteriorated in recent years and he now lives with substantial mobility issues. He can only walk short distances and due to neuropathic pain, cannot stand for long. Annually since 1986 John and his family have been taking their Summer holiday flying to the Balearics island of Menorca.

John's MS condition reached the secondary progressive stage 10 years ago which sadly means there will be no remission, only decline with worsening mobility and other issues. John's wife Barbara had until this year (2016) been pushing John in a wheelchair from their hotel to the lovely beaches, restaurants and bars nearby, but this was becoming very arduous for Barbara due to the hills and sloping footpaths leading down to the beaches. However, this all changed so brilliantly this year following John's decision in April 2016 to purchase from TGA the new ‘plane-friendly’ folding mobility scooter - the TGA Minimo Plus.