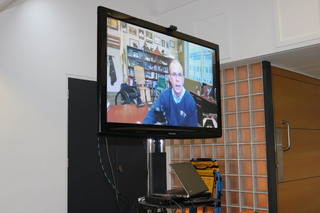 Last Friday Dr Rory Cooper Skyped into the final of the Blackwood Design Awards 2016 in Dundee from his office in Pittsburgh, Pennsylvania USA. Competing for his entry, the MeBot to be named ‘Best New Concept’, Dr Cooper’s pitch to the judging panel convinced them they had found the winning entry. I caught up with Dr Cooper this week to find out how winning the competition was likely to impact him and his team at the Human Engineering Research Laboratories at the University of Pittsburgh.

Throwing his mind back to the final which only a week on now seems a distant memory, Dr Cooper recalls the feeling when his Skype screen lit up for the second time that day indicating that he was about to receive the long hoped for news. “It was pretty exciting. I told my colleagues right away and they were excited as well. It was a nice validation of our work and our design. Everybody was very happy.”

“I’ve been getting some emails and comments on our Facebook page”, he tells me, indicating that the publicity that comes from winning the award generates interest very quickly. The congratulations have come pouring in fast and some interesting leads are already showing up.

“I think you’ve helped us already. We have a grant in review with the US department of veterans’ affairs to build a couple more units and do some user trials. We are exploring various commercial partners so we’re sort of hoping that by winning this design award this will make it attractive to companies. I’ve already been contacted by another couple manufacturers that we were not talking to previously.”

A competitive drive and a will to succeed, these are instincts that are familiar to Dr Cooper as I found out during the course of our conversation that he also happens to be a former Paralympian who won Bronze in the 1988 games in Seoul where he competed in the wheelchair racing. Following this success he went on to coach the USA Paralympics team in several Paralympic games right up until the 2008 games. In 2013 the International Paralympic Committee awarded him their Paralympic Scientific Award for his work at the University of Pittsburgh. 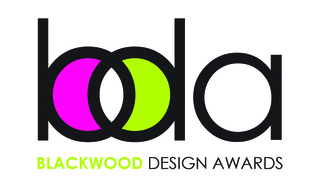 It’s perhaps that same competitive drive that took the MeBot to a different kind of competition in Switzerland that would lead Dr Cooper to the Blackwood Design Awards. “Robert and Roger from the Cybathlon pushed it out to all the Cybathlon. That’s how we found out about it”.

On the day, the judging panel was very impressed not only with the functionality of the design but the level of research involved as well as the fact that this was not looking for a problem to solve. It is intend for real life situations and comes from the experiences of the designers and engineers, several of whom use powerchairs. Of the final pitch and presentation Dr Cooper says “I thought it was good. It was interesting because in my design classes I run my students through a similar process so to be on the other side of it was a little funny.” He adds half-jokingly “It was good, it makes sure I keep my skills sharp as well.”

The team behind MeBot is even talking about the possibility of running further trials in the next year if funding is approved in which case bespoken members who live in or reasonably near Pittsburgh will potentially get the chance to try out the MeBot.

Besides this however Dr Cooper is already volunteering his services as a judge for next year’s Blackwood Design Awards. He already holds the distinction of being the first ever non-British winner of the Design Awards (along with Mehmet Turker who won ‘Best New Product’ this year); could he return as our first international judge? 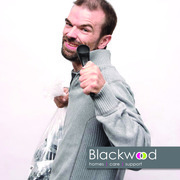 Find out about how last year's winner thrived after their win...

Intention decoding - a chat about the 2014 winning entry...