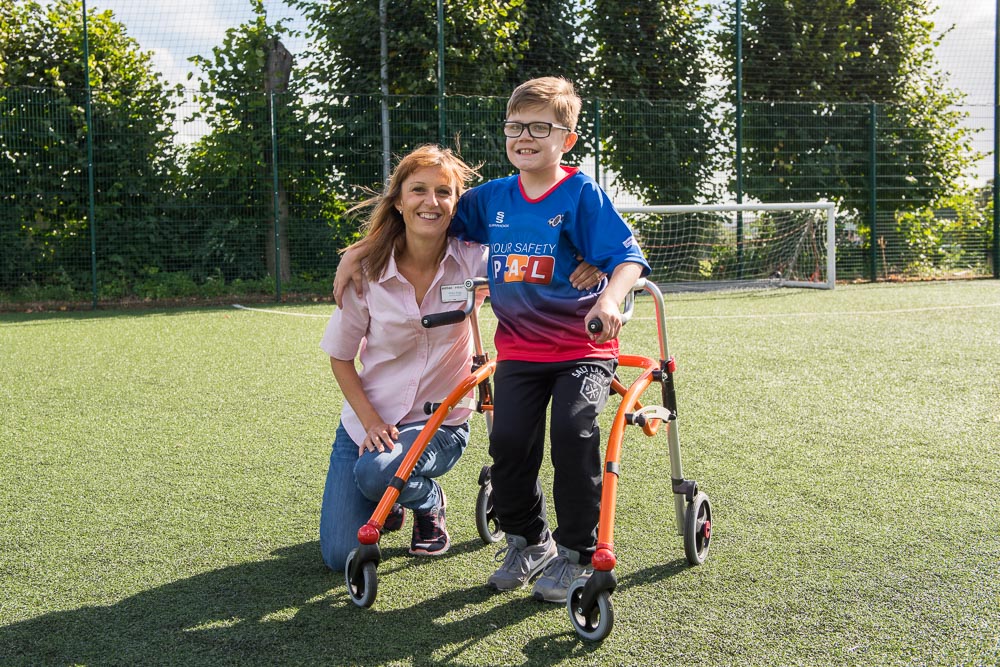 R82 UK, leading supplier of adaptive solutions for disabled children and young adults, is donating eight Crocodile Walking Aids during 2016 to young Frame Football players. Many participating children require crutches on a daily basis but a wheeled walking frame when they play. Amateur football coach, Richard Seedhouse, initially established the sport in Coventry and growing awareness and popularity has successfully seen further clubs opening throughout the UK. In supporting the activity, R82 hopes it can promote this fun and inclusive sport to encourage more children to become involved with local clubs.

Luke, who lives in Melton Mowbray with parents Emma and Andy, began playing Frame Football after spotting details on a Facebook page created by Richard Seedhouse. He has been a member at his club “Hucknall Rolls Royce” for just over a year and looks forward to his weekend training sessions.
​
Diagnosed with Cerebral Palsy at the age of three, Luke requires assistance with mobility due to weakness in his legs and feet. Unable to walk unaided, he relies on the use of a frame, wheelchair or sticks. Luke’s mother, Emma, comments: “Luke sees a physiotherapist every three months and a specialist in Leicester twice a year. He has had Botox three times and is currently having his gait analysed as Luke has muscle loss to the outside of his feet which means they bend inwards. This is causing the splints Luke wears to rub and is affecting his walking pattern. We are currently looking into the Selective Dorsal Rhizotomy (SDR) operation which would reduce muscle tightness and stiffness, and help Luke to feel more comfortable. In the meantime, Luke has a key helper at school who performs physio with him twice a day and he participates at Frame Football. This really helps his fitness levels which in turn improves Luke’s self-esteem and motivation.” Read more of Luke's story.....