Gavin Neate has featured on bespoken many times before with his innovative Neatebox, an app with the functionality that allows visually impaired people or those with severe mobility issues to use pedestrian crossings more easily.

When he last spoke to us his product was in its early stages, things have been progressing steadily since. Last summer he had a trial run at the crossing outside the Scottish parliament; we were curious to see how things had developed.

He said: “Our pedestrian crossing is still there; I was down there the other day giving a demonstration, so we know it can work and that it doesn't just break.”

A promising beginning for sure, but like any new product it needs to gain momentum, traction and impetus.

“After [speaking to bespoken] I put a paper towards the JCT Conference at Warwick University about the challenges faced by disabled people at pedestrian crossings. I delivered it and won the award for the most thought provoking paper; it was basically explaining how the positioning and the installation of an adaption can positively or negatively affect how they are accessed." Having spoken to traffic engineers Gavin was taken aback by the fact many of them had no real idea of how a crossing was used in practice; they seemed to just have a tick list of things that should be present without truly understanding the situation.

He said: “If you are using a tactile cone, when the green man comes on, you’ve got to get the kerb edge; if you’re a long cane or guide dog user you’ve got another set of procedures when you get back to the kerb edge. It seemed so obvious to me but they didn’t seem to understand it.

“Having done the talk at Warwick University, I realised that this was a problem not just in Edinburgh but the whole country, if not the world. It was highlighted by the one question; who is the tactile cone for? Everyone in the traffic industry has answered me with the same answer: ‘for blind people,’ and that’s the underlying problem here because it is actually installed for guide dog users and long cane users, there is no other blind person who will use it; if they are blind with a sighted guide, they are going to tell them when to cross.

“Leading on from that I was invited by Imtech – a large Dutch company – to install at a Roads Expo at Ingliston, all the local authorities from Scotland were there and came to see it working; one of our board members [at Neatebox] who is a guide dog user – David Keenan and his dog Royal [were there] and that drew people to the stand because they had never seen that before and yet it seemed so obvious."

Upon seeing a crossing work in practice, people appear to be given a stark lesson in how it actually works and are shocked by how they had handled the crossings under their own jurisdiction.

He said: “At Warwick University one of the traffic engineers actually said ‘I feel really embarrassed and I’m incredibly sorry, but I believe we've been installing crossings wrong for many reasons. I’m going to check all of the crossing I’m responsible for.’ That was a moment, an epiphany and I thought I was onto something and could make a difference even just with education.”

Shortly afterwards Gavin was invited by the RNIB to do a presentation at the SNP conference and just before Christmas was invited by a member of the council in Edinburgh to help apply for a grant [offered by Edinburgh and Lothian Health Board) to install a crossing in Edinburgh as a proper trial at Lauriston Place.

He said: “We were just told last week that we've given the go-ahead for the crossing to be installed, so the idea is we can put in two crossings controlled by our app and Imtech are going to be involved in order to get some traffic engineers along to see what’s possible. We’re looking for wheelchair users, elderly people and visually impaired people to come along and trial it and I want people to come along, bespoken can help with that.”

Where do things progress from here with the app, perhaps something more integrated or wearable?

Gavin said: “Right now we want to put it onto mobile phones because we recognise that most people who are independently mobile are relying more and more upon them. Ultimately what we really want to be able to do is actually have it included in a power chair as an add-on.”

Clearly Gavin is passionate about helping the disabled overcome the physical barriers placed upon them by society; one of the areas he is turning to now is tourism and the access to information.

“I did a talk recently at ETAM (Edinburgh Tourism) about beacon technology because I see that as one way of breaking down the barriers, getting phones into tourism for example. Although I can’t tell you about the venue I’m working on just now that going to be released in mid-May – but it’s probably one of the biggest employers in Scotland and they’ve given me a contract for a very prominent street; It’s going to have a system on it that will help people not only with crossings but with tourism and how they access information about where they are. Working in the tourism industry you might have people from other countries speaking other languages – so you might want Pashtun or Hindi - we want to be able to say we can offer every language using the phone.

“If we place Neate beacons around the place and someone walks past, that can give us access to information that’s relevant to where they’re standing. For example, we could put beacons in different room in a castle and when a person walks around or in their wheelchair, they then get information on their devices about it. They can also interact with it and carry it with them when they go home and follow up on things they've learnt, but the massive part of it is that the people who own the attraction also get the information.”

He said: “I am down to Birmingham at Traffex, demonstrating kit for pedestrian crossings to many companies. In July I am presenting in Montreal at the International Mobility Conference to talk about pedestrian crossing systems. I did a talk in Gateshead just recently and they’re looking to install a crossing there and I’m entering into work with Imtech and Telent - a large British company - who are tendering 40% of London’s traffic systems.

“I was in the final of Pitch to Rich with Richard Branson last year and this year we’re hoping to put in a new entry which will address issues that I’ve identified with access to retail for people with disability. We’re hoping we can put forward an argument that this could be rolled out across the country and maybe we can win this time instead of being runner-up!

“The three projects that I have, I identified when I was working in my previous job. The strapline for this is: ‘the solution starts with the people who understand the problem.’ I've looked for the technology that would fit the problem rather than running around going, ‘here’s a great bit of technology lets all use it.’

“As we get more money to put into this and we’re putting buttons on wheelchairs or are making the app itself more accessible or we’re changing its functionality, it will be because we are being led by the people who are using it. We don’t want to steamroll people’s opinions; we want people’s opinions in order to make their lives better.”

Like what you just read? Check out some more topics on bespoken:

Footage of Gavin and Neatebox 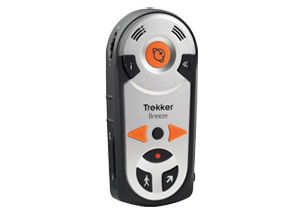 Permalink Reply by gavin alastair neate on April 25, 2015 at 14:03
Following on from this report we have just returned from Traffex where we have had some serious interest in our concept. With luck we will be trialing the system with Tfl Transport For London later this year as well as in Edinburgh and Bristol.