After being paralysed and required to use a wheelchair, Anthony Netto encountered the challenges of trying to play golf again as a paraplegic. Now he is set to make a special appearance at a one off event celebrating disabled golf in Scotland, the home of the sport!

A professional golfer born in South Africa in 1963, Anthony was injured in Iraq in 1991 during military service and subsequently sustained injuries in a car accident in December 1994 while en route to a tournament in South Africa. Following on from his recovery Anthony was instrumental in the development of the Paramobile (aka Paragolfer) manufactured by Otto Bock in Germany.

The Paramobile is an assistive device that lifts an individual to a standing position. Anthony Netto is an international ambassador for challenged golf and has gone on to have a successful career and even coached the German Paralympic golf team. 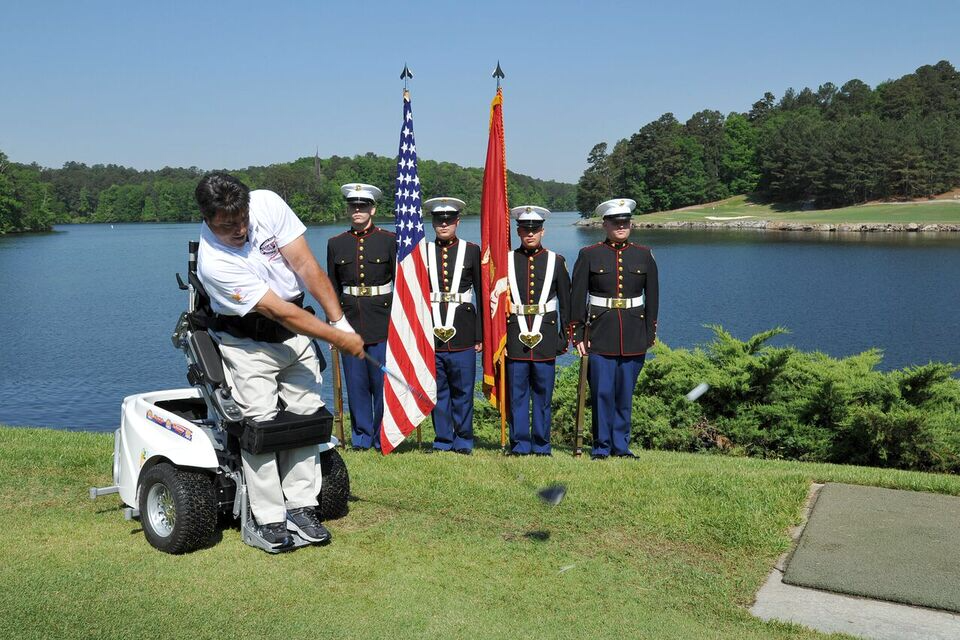 Paragolf Scotland is hosting an event on Thursday the 14th of April 2016 at Mearns Castle Golf Academy in Glasgow and is intended to promote the sport to as wide an audience as possible.

Paragolf Scotland, in partnership with Mearns Castle Golf Academy, now own Scotland’s only 2 publicly accessible Paragolfers, which are free to use at any time on the driving range or the 9 hole golf course.